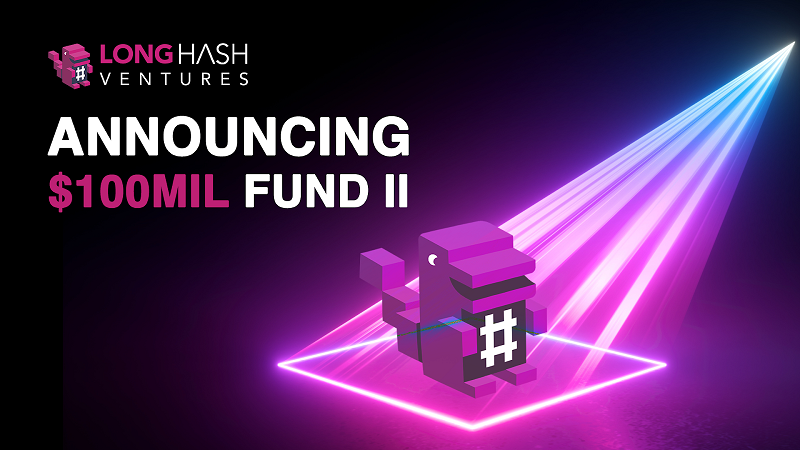 Following the new fund launch, LongHash Ventures will continue to take in funds until the end of the year.

On the other hand, LongHash Ventures’ accelerator arm LongHashX recently obtained undisclosed funding from several large fund LPs and Superscrypt, which is a Web3 investment firm.

“By running both an accelerator and an early stage fund that provides hands-on support, our unique value lies in leveraging LongHashX to bootstrap the Asia ecosystem for the protocols that we invested in, as well as in identifying founders and projects with massive potential very early on, and using our crypto-native knowledge and resources to help the teams achieve their potential and succeed. The second fund will enable us to support more founders and through subsequent rounds.”

The second LongHash fund will concentrate on multi-chain Web3 infrastructure projects that support DeFi, NFTs, GameFi, and the metaverse. The fund will invest in projects and teams right from the pre-seed to Series A funding.

In addition, the fund will also invest in the projects that graduate from its accelerator arm LongHashX. LongHashX has become Asia’s leading Web3 accelerator platform and the go-to partner for protocols like Polkadot, Algorand, Filecoin among others. Some of the projects that came from the LongHashX include Astar, Lit Protocol, and Xanpool.