Litecoin is attempting to break above $80

The upcoming halving event is seen to boost the price

If you have been eyeing Litecoin (LTC/USD), it is time to get even more curious, as the latest price action looks exciting. The area around $80 was a stumbling block to Litecoin during its bullish rally in November. Bears took the chance to push the price lower, retesting the $64 support but bulls resuscitated thereafter.

In a tug-of-war between bulls and bears, the former is seemingly winning as Litecoin attempts to clear the $80 barrier. The cryptocurrency surged to $82, although it is not clear if the daily candlestick will close above to consider a breakout. Should a bullish market be confirmed, a journey to $100 looks very likely. Investors would better watch how the price action plays out next.

If you might have missed it, you could refer to the CoinJournal analysis on how Litecoin’s halving event is influencing price. But aside from this critical event, Litecoin could draw from the slightly improved crypto sentiment to force a breakout. Most cryptocurrencies have staged recoveries as of press time. So how will you tell if a breakout has occurred in LTC price?

LTC surges with higher momentums at $80

On the daily chart technical outlook, momentum is very strong for LTC. The daily candlestick is piercing through the $80 resistance zone. There is a surge in the buy-side volumes, indicating buyers are very active on LTC. The price also stays clear of the moving averages and ascending trendline.

When to consider a breakout?

LTC must clear $80, with the daily candlestick closing above, to consider a successful breakout. If the price closes above this crucial level, buyers may get attracted. LTC could surge to nearly $100, the potential resistance zone.

On the contrary, if the LTC price closes below $80, the token could be due for a correction. We consider the former a more likely scenario but investors should be open to both.

Where to buy LTC

eToro offers a wide range of cryptos, such as Bitcoin, XRP and others, alongside crypto/fiat and crypto/crypto pairs. eToro users can connect with, learn from, and copy or get copied by other users.

Binance is one of the largest cryptocurrency exchanges in the world. It is better suited to more experienced investors and it offers a large number of cryptocurrencies to choose from, at over 600.

Binance is also known for having low trading fees and a multiple of trading options that its users can benefit from, such as; peer-to-peer trading, margin trading and spot trading.

The post Litecoin to $100 looks probable as breakout at resistance gets underway appeared first on CoinJournal. 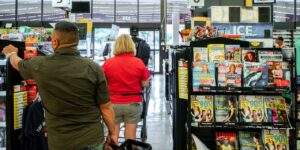 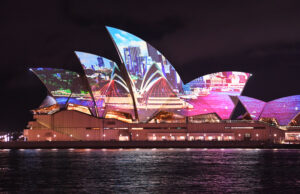 I’ve finally discovered the best reason to retire early. A longer steady-state period of happiness. It has taken me 10...

A 529 plan is one of the best generational wealth transfer vehicles. Instead of just giving our kids or grandchildren...

Early retirement / FIRE is becoming obsolete and that’s a good thing! No longer do you have to grind as...

If 2022 was an unsettling year for equities, as I noted in my second data post, it was an even...

NOIA is the native token of Syntropy, a distributed routing protocol for the Internet. The token’s price surged 168% from...

The Immutable Passport is designed to operate as an all-in-one solution for Web3 gamers. The aim of launching the passport...